DJ Carlito (born in early eighties in Zagreb, Croatia), is a Croatian DJ.
Carlito’s first go at DJing dates back to his elementary school days, where, at the
young age of 13, he started playing music to his school peers during recess
brakes. Playing back tapes he recorded from the local radio stations.
During the high school days Carlito started to work with Zagreb’s most famous
Radio station ‐ Radio 101 and the elite Hip Hop crew ‐ Blackout Project.

The following year, Carlito got his first break by becoming one of the night’s resident
DJs at Blackout Lounge, a Friday Hip Hop party at Zagreb’s prominent club Aquarius.
The Blackout Lounge quickly became a big success and was recognized as Croatia’s
best party. The Source magazine wrote an article about the Croatian hip hop scene
and the Blackout Lounge, mentioning Carlito as a resident DJ.
Over the years, Carlito played music together with the world’s best hip hop artists,
such as DJ Jazzy Jeff, DJ Premier, Redman, De La Soul, Kurtis Blow, Raekwon,
Miri Ben Ari, Tha Alkaholiks, 50 Cent, Rza, Snoop Dogg, KRS One, Asap
Rocky and many others. His residency at the Blackout Lounge turned Carlito into
one of the most sought after DJs, and soon followed his engagements as a road DJ for
many regional artists. During that time, he also became part of an elite group of
international hip hop DJs – the Bumsquad DJs ‐ who’s artist roster includes Lupe
Fiasco, Jade Foxx, Izza Kizza, Paul Wall, etc.

In 2007, Carlito won the national music award Zlatna Koogla, in the category of DJ
of the year.

That same year, Carlito continues his musical journey by joining the creative
department of IDM Music, biggest regional music publisher. At first he is
responsible for creative department and shortly after creates and develops
marketing and promotions department, and gets assigned to work with ASCAP,
American collectable society. He is suggesting music for film and TV projects both
locally and internationally, working with world famous companies such as Coca
Cola, American Express, Dolce & Gabbana, TMobile,
Wrigleys, Miramax, MTV, HBO, Disney, Puma and many others. One of his favorite moments was being part
of the creative process of the music selection for the major motion picture
“Inglourious Basterds,” directed by Quentin Tarantino.

In 2008, together with his DJ and musician friends, Carlito forms Bubbin Dub.
Bubbin Dub is a band consisting of 2 DJ’s and 4 instrument players (drums, guitar,
horn and saxophone), who all share the same passion for the remix. Sponsored
by Jagermeister, they have traveled all over Croatia, performing in all major cities
and the cost line such as Zagreb and Dubrovnik among others. They also played
music together with the Freemasons in Aurora, Primošten and Krafty Kutz in the
Zagreb.

He worked at most important corporate events in the region and sport events such
as RedBull Extreme Sports, World Ski Cup, and many football, basketball, and dance
competitions among others.

In 2013 Carlito was invited to be a part of the global DJ competition Red Bull Three
Style which took part at the one of the most famous Europe party destinations Zrće
beach at island Pag hosted by the biggest regional hip hop festival Fresh Island
Festival. Same year Carlito moves to Shanghai and performs in awarded clubs.
Carlito was sponsored by Reebok, Adidas and many local clothing stores in Croatia.
In 2009, Carlito opens his marketing company and continues to pursue his DJ career. 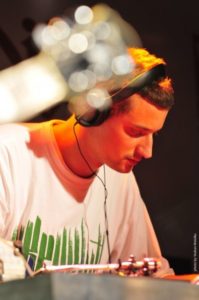