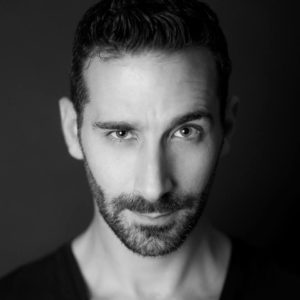 A fixture in the dance scene from the Festivals to Spotify!

Robert Abigail is one of Belgium’s most demanded and popular dj’s and dance producers in the scene.

On every major festival or event, clubs and many other respectable venue’s around the world he makes the temperature rise as soon as he climbs on stage. With his powerfull and unique sets filled with a wide range of different house styles, he combines house, edm, big room and progressive. If you think you have heard a track before… think again! His own mashups and remixes separates him from the mass! Robert Abigail has been rocking and still is rocking nearly every country in Europe, Russia, Asia and North Africa.

On producing level the world got introduced to Robert Abigail in 2008. With massive internationals hits, multiple golden and platinum records sold and an official soundtrack for a Bacardi commercial. His latest club releases like ‘Hewwego’ and ‘Brutal’ are supported by the likes of Yves V, Quintino, Two Loud and Wolfpack to name a few.
Robert Abigail has worked with artists like Snoop Dogg, Coolio, Pitbull and has released his sounds on label such as Ultra and Kontor. His latest remix Robert did for Regi (BE) got released on Smash The House by Dimitri Vegas & Like Mike in October 2015.

Even Robert Abigail’s weekly podcast ‘AIRPLAY’ doesn’t stay unnoticed. A weekly show broadcasted on many radiostations on the FM and online every week. His podcast is trending daily on iTunes between artists like Hardwell, Avicii and Tiesto.

From the beginning, till now Robert Abigail seems to be the standard delivery guy for high charted hits.
The year 2016 will be the year for Robert Abigail to release tons of new club tracks and fresh new singles, which he has been working on the last couple of months. Expect high-quality dance tunes and remarkable but original collaborations! Robert Abigail is ready as ever for the world, and more than ready to keep on rocking festivals around the globe!

“As long as I can share my passion with the people who appreciate it, you will find me behind the decks!”