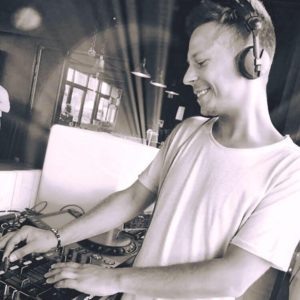 Biographies. Who reads these damn things anyway?
But if you already do, Nightcrow will tell you some things about
him.

Dj Nightcrow aka Kevin Vancraybex started his deejay career in
2002. He bought many vinyl records. When he plays at parties or
other events, he will play whatever people like at that point. He can mix all styles of music together, but as his alter ego
NIGHTCROW he plays house music in every way of the word.That’s what he loves the most.

New Year’s Eve he plays at the famous BIG Champagne party
every year! He also organised several concepts & parties in the past.
Like Alverfest in- & outdoor (BE), Disco Classics, Badabing and
Hotelfest.

Once a month he makes a mixtape of house music which he calls
a NIGHTMIXSHOW. You can fnd those at Soundcloud.

Two years ago he graduated as an audio realisator (Sounddesign).
At the moment Nightcrow is fully working at his studio on his
career. Several times a week he plays all round & dance music at his
booked events.