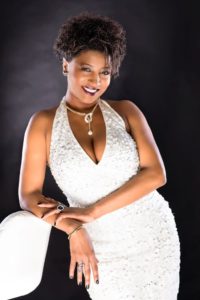 The Soul singer Mo’reen
was born as Maureen Alberg with Surinam /Antilian roots.

Mo’reen grew up in Amsterdam were she started her musical journey at a young age.

She first got introduced to the stage as a dancer at the Amsterdam ballet academy, were she learned to combine her dancing with singing.

As her passion for singing grew bigger and bigger Mo’reen moved to Belgium in 1993 were she became one of the lead members of Bart Peter’s “The Radios”, a verry succesfull Belgian Band with top musicians.

After this insperational period of time Mo’reen worked with producers of Bonzai Records and Sterman & Cook (known from) “Two Unlimited” on the Dance formation “Power Process” later “C-12” and with the song “I’m gonna be your Fantasy” they hit the Belgian ‘Top 50’ charts.

In a combination of jazz, Soul and Pop, Mo’reen worked with some outstanding producers and songwriters to accomplish her next solo creation. Her first song is called “Free/Vrij”.